Home Residents Crimes In Apartment Complexes: The Dark Side Of Domestic Staff

We, urban dwellers, depend a lot on domestic help for overall maintenance of our household. They often are treated as a part of the family. However, recently there has been some disturbing news related to crimes involving domestic help. Here’s how you can ensure safety.

In early September 2016, the country woke up to some gruesome news from Hyderabad. A 25-year-old maid, Vasundhara Lakshmi, murdered her employer’s neighbor in the most brutal way possible. The culprit had allegedly sneaked into the neighbor’s apartment to steal gold and other valuables but was caught in the act by an elderly woman who resided there. In order to get away with the valuables, Vasundhara Lakshmi proceeds to stab the elder lady repeatedly and then herself, as the commotion had alerted the neighbors. The elderly lady suffered deep injuries that caused severe haemorrhage which led to her death shortly after. 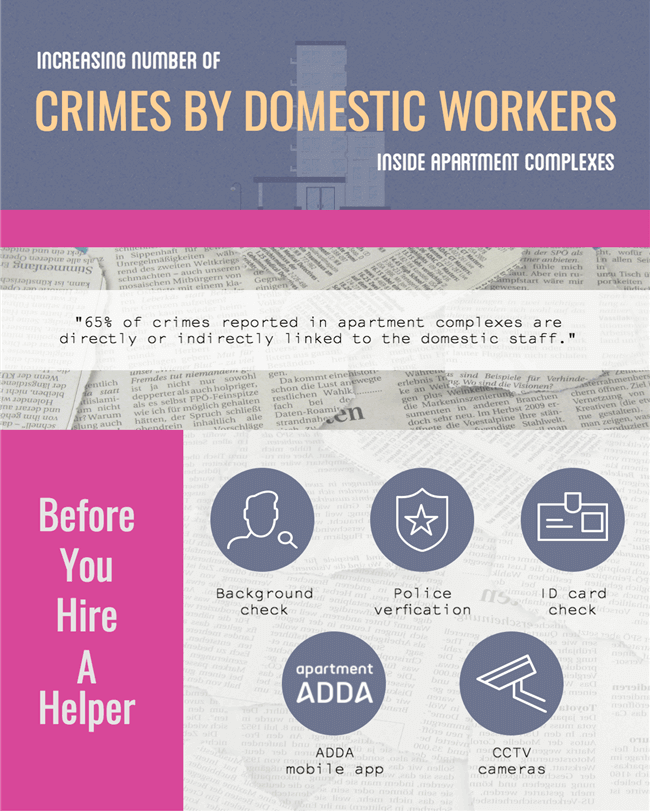 Vasundhara Lakshmi is only one of the many domestic helpers who has been involved in criminal activities inside apartment complexes. Some make the news, some get little attention, while many others, go unnoticed. The loss forever belonging to the families of the departed.

Crimes in apartment complexes, the ones that are noticed at least, often have some connection with the maids or drivers or the staff appointed for domestic support.

And so now maybe the right time to ask ourselves – Are we doing enough to ensure the safety of our families against such crimes in Apartment Complexes? Do we have the necessary systems in place to prevent such crimes in future? Let’s enlighten ourselves a little more, shall we?

A recent study into the subject has revealed that more than 65% of the crimes in gated communities – petty and otherwise, were carried out by the domestic helpers. The people that were seen as part of the families by the residents and who have access to their homes were often the ones that wreak all the havoc.

What is more disturbing is that these people often have a bad record and yet manage to find new jobs because apartment residents sometimes overlook doing a background check. And there’s also the fact that such people often find occupation through recommendations. Not good either way.

What Can Be Done?

First and foremost, our security lies in the very realization that we are vulnerable. Only then, will you be prepared for all possible contingencies.

Your apartment may be well equipped and monitored by CCTV round the clock, but doing the following will help you immensely, or better, save your life one day.

Do share this article with your friends and family and everyone of concern to you.

Let us all come together and do what it takes to have a safer, happier experience in living within apartment complexes. Cheers! 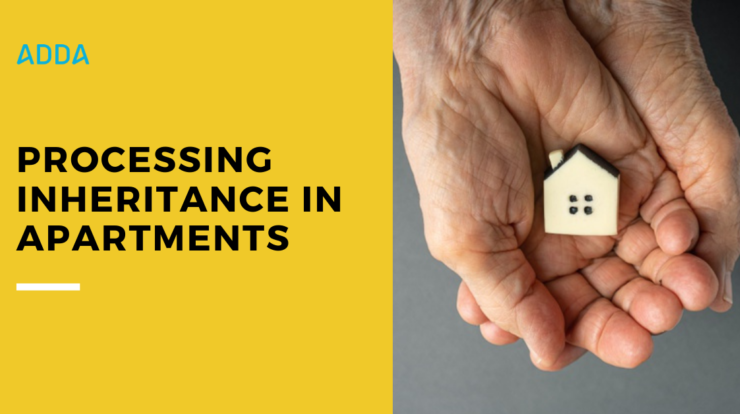 Important message for RWAs from BBMP