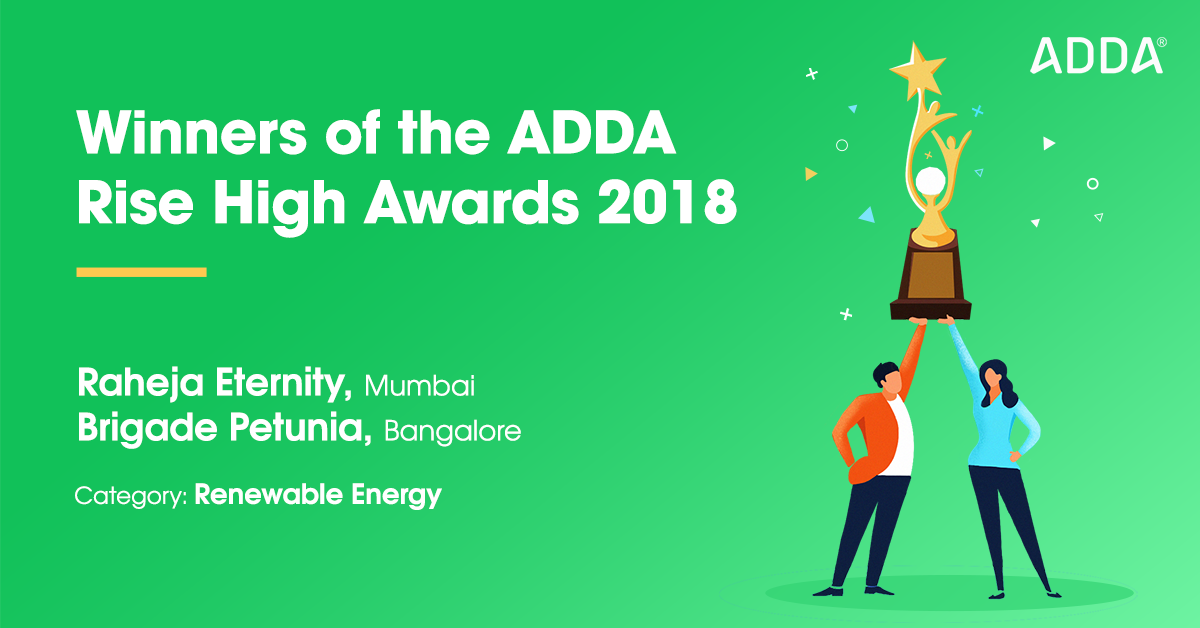 Its high time that we start thinking about alternatives and some of us have already successfully done it. Here are some success stories from the winners of ADDA Rise High Awards, under the category – Renewable Energy.

The builder handover to the new Society happened by the end of November 2016. Before the handover, the society expenses were extremely high and the maintenance charges per quarter was Rs. 54000/-. After the formation of Society, the members analysed the cost components and found that, cost of energy in common areas was one of the major expenses. It was Rs. 3,60,000/- per month and energy consumption was more than 830 units per day.

A few changes were done at first for the reduction of energy consumption. Like, all the conventional tube lights were replaced with LED bulbs, motion sensors were installed in stairs and parking areas, electrical circuit inside nine huge elevators have been modified. This itself created a huge difference in the electricity bill.

But the residents were not still satisfied. They insisted on installing a Rooftop Solar System. In phases, they installed 85 kw Rooftop solar system. And they are proud to say that there was a reduction in energy consumption from more than 830 units per day to 340 units per day with in a span of six months.

Even a Bangalore community has shared a success story under this category.

Brigade Petunia, Bangalore has installed a rooftop solar solution recently with cutting edge Israeli technology for optimizing energy production at their 96KW solar plant. The main objective in going for this setup was to reduce the carbon footprint along with reducing energy costs for common areas.