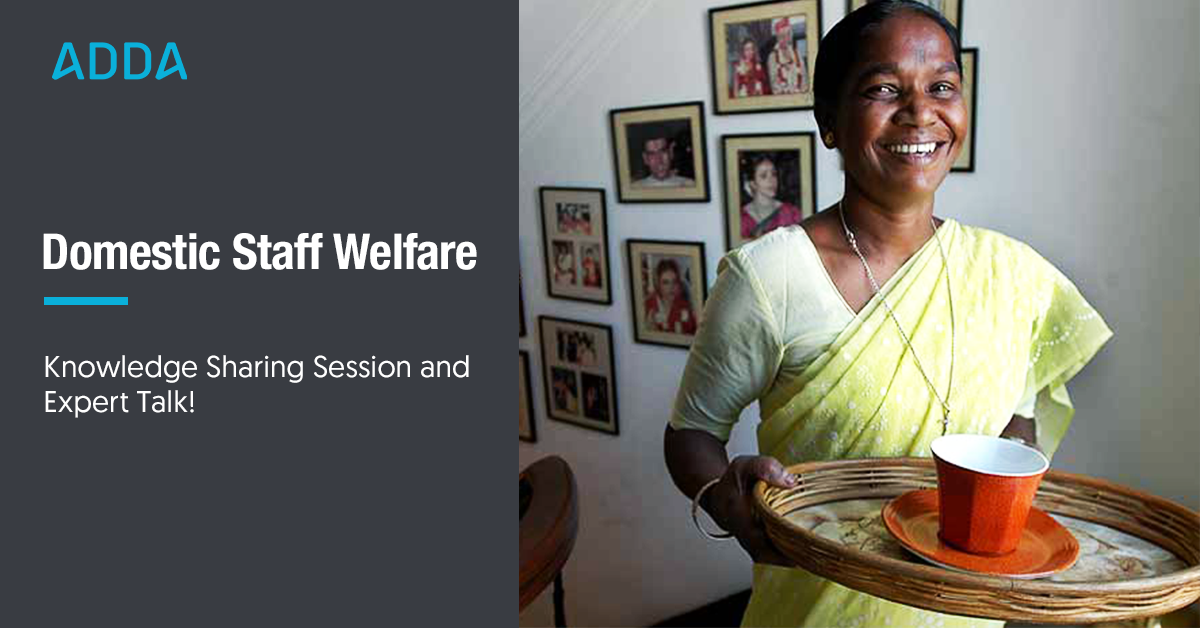 Domestic Staff Welfare is a topic which isn’t frequented in public forums, even though considering the gravity of it and how integral it is to society. People have been working at domestic household for over thousands of years and have always played a major part in managing the day to day activity of the house.

Some work part-time, while others full time and at times the combined work hours exceed over 16 hours! Yet this is frequently seen that these people reside in the lowest salary bracket without any employee benefits working week-in week-out without any respite. Ranging from at the age of 8 and younger to 70 years of age and older, this is one of the most abused domains in the uncategorized labor market.

Neighborhoods of Tomorrow, a knowledge sharing workshop organized by ADDA on 8th September 2018 at Royal Orchid Hotel Bangalore, is where this important topic was uncovered to an enthralling audience.

The discussion was fronted by Ms. Geeta Menon, Co-founder of Stree Jagruti Samiti, Mumbai who works with women working in the construction, garment manufacturing, and domestic labor force. She coined domestic jobs as “Work like any other – work like no other” adding further that this is exactly like a regular job and demands the regularities of a normal job. Even though the domestic staff increases the productivity of our homes and we can be at peace while we are away working, we fail to recognize the hard work that is put in by these people every day.

The discussion also triggered a monumental feat that, for the first time ever in India, a formal Code of Conduct on Domestic Staff Welfare was proposed in a public forum.

Another speaker of the day on Domestic Staff Welfare topic was Ms. Parijatha, a “Nirbhaya Award” winner and a former Labor Welfare Officer in the Garments industry. She elucidated that not only a lot of them face abuse on an everyday basis, but also the worst case being minors being dragged into it illegally by the agencies.

Some Unveilings from the Domestic Staff Welfare Discussion

Judging by the learnings from the expert sessions headed by Geeta and Parijatha, it was imperative that a formal Code of Conduct should be in place. Neighborhoods of Tomorrow organized by ADDA, therefore, achieved an enormous achievement that for the first time ever in India, a formal Code of Conduct was discussed and a basic draft was done. The first draft included the following points:

A Breath of Fresh Air

“Never doubt that a small group of thoughtful, committed, citizens can change the world. Indeed, it is the only thing that ever has.” – and this certainly holds true in this case also. Some Gated Communities are working closely with the Domestic and HouseKeeping Staff to improve their socio-economic conditions which have proved to be extremely impactful.

Shriram Spurthi from Bangalore and Oceaus Heights from Thiruvananthapuram, in particular, are doing some exemplary work to improve conditions for their In-house and Domestic Staff. Some of their wonderful activity includes distribution of the rental brokerage money to distribute evenly amongst the staffs, make them a part of the Apartment Celebrations like residents, health checkups and consultation for stress and financial management.

It is therefore seen that the Apartment Residents are the driving force behind improving the conditions of the domestic staff. With a formal Code of Conduct in place and by simple initiatives, we can make a change. 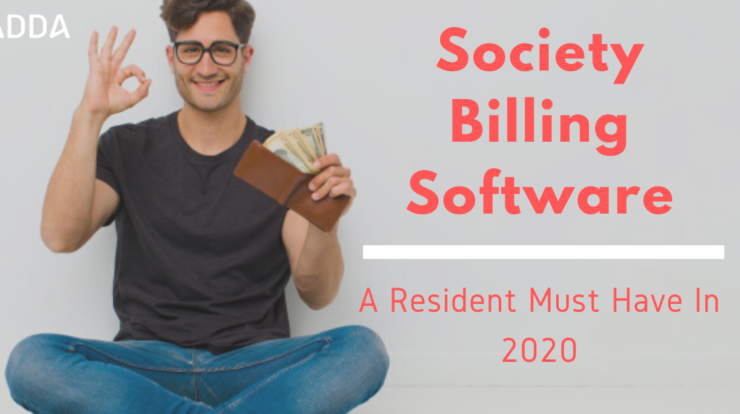 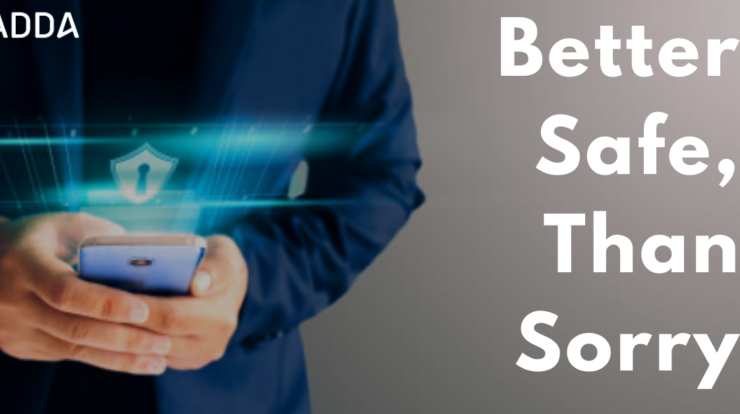 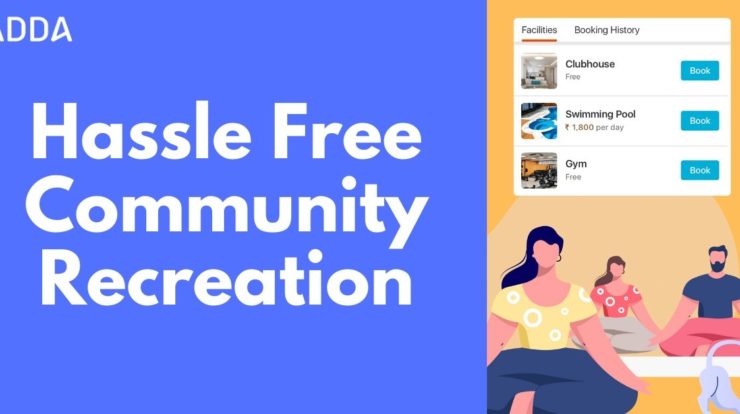 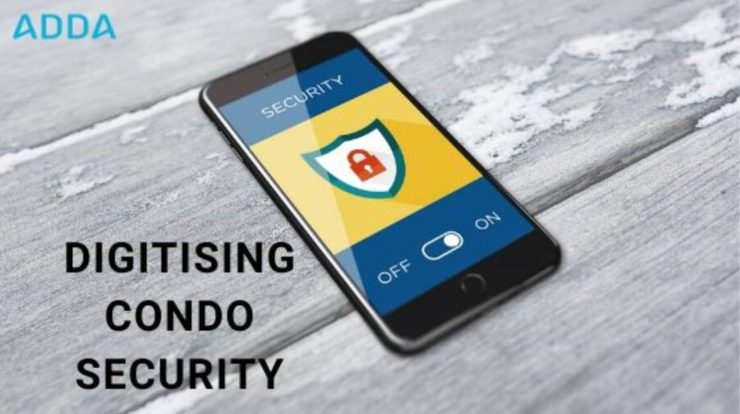 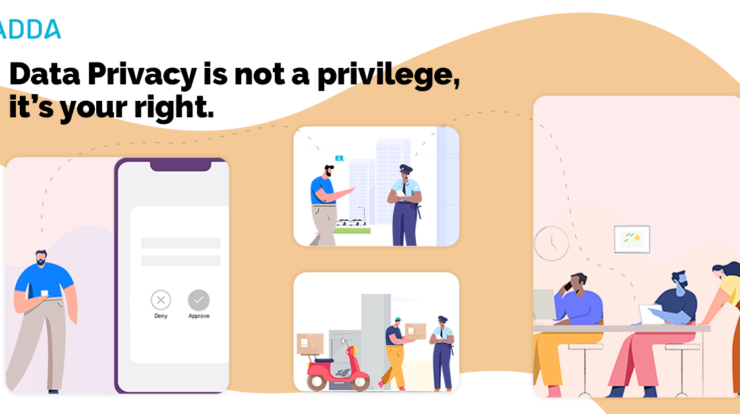 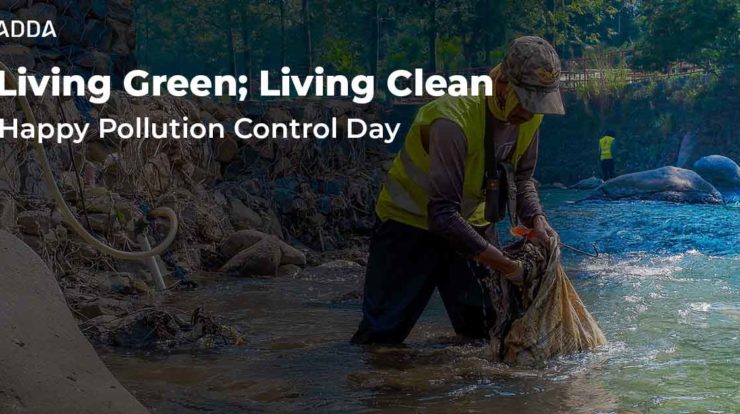 About the Author: Angshuman