As per the Economic Times today, the Finance Ministry has refused to withdraw the Service Tax imposed on construction 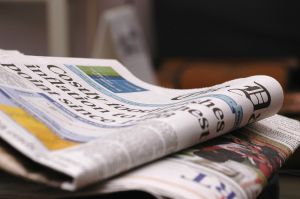 projects in the Real Estate Sector.

The Budget for 2010-11 proposed a service tax of 2.5 per cent on all under-construction projects in the real estate sector. The Urban Development Ministry, however, wanted to get the tax revoked on the plea that the sector was still to recover from the economic slowdown which it witnessed two years ago.

In the meeting, Reddy had said that the sector was going through a difficult phase and the service tax could hurt its interests as also that of the middle class families.

Sources in the Urban Development Ministry said that the proposal has not been accepted as the ground situation in the sector had changed since the request was first made.

“It has been observed that in the last four months or so there has been an upswing in the realty sector and it has overcome recession successfully,” an official said.

The service tax of 2.5 per cent on the actual sale value will be imposed on all under-construction projects from this month.

As the developers are not expected to absorb the new tax, they would pass it on to the consumers leading to an increase in costs of apartments all over the country, which would hurt the consumers directly, the sources said.