Home Legal Income Tax on Society FD and the “Doctrine of Mutuality”.

A Residential Society* collects Funds from its Members and pays for Common Expenses from such Funds. The Society does not pay Income Tax for any Excess of this Income over Expenses.  This is allowed due to the Doctrine of Mutuality.

At the end of a Financial Year, any Excess Fund , typically termed as Reserve Fund, is invested in Fixed Deposits with a Bank, towards future exigencies.

Question: Should Income Tax be applicable on the Interest paid by the Bank for Fixed Deposits by Residential Societies?

Answer: If you go by Supreme Court’s definition of “Doctrine of Mutuality” as clarified in below Case, the answer is YES.

Make sure you have your Association / Society Fixed Deposits managed using ADDA! The ADDA ERP has FD MANAGEMENT feature that keeps all FD details in one place, sends automatic reminders to the Treasurer for the renewal. Treasurers can come and go, complete visibility and accountability remains for your Community’s Fixed Deposits!

FACT: In Mumbai almost every Society has Fixed Deposits with Saraswat Co-operative Bank or District Co-Operative banks. The core benefit being Interest on Fixed Deposits are exempted from TDS. However in Mumbai, the Co-operative Housing Society (CHS) is also mandated to become Member of  The District Central Co- operative Bank of the District. The understandable purpose of this membership is to bring the Bank and the Society under the Concept of Mutuality.

In other Indian cities, this is not a well known fact, nor is the Society registered in The District Central Co-operative Bank, so as to utilize such benefits. Residential Societies open Bank Accounts in any Bank per their preference, including Private Banks.

A Landmark Judgement passed by Supreme Court on 14-January-2013, gives great clarity on “Doctrine of Mutuality”, under which the Tax Exemption of Societies is also justified.

The Bangalore Club (an Association of People, AOP) created Fixed Deposits with Banks which are also Members of the Club. It claimed that the Interest earned on these Fixed Deposits should be exempt from Income Tax, as the Income is subject to the Doctrine of Mutuality. Commissioner of Income Tax claimed to the contrary.

“In our opinion, unlike the surplus amount itself, which is exempt from tax under the Doctrine of mutuality, the amount of interest earned by the assessee  (Bangalore Club) from the member banks will not fall within the ambit of the mutuality principle and will therefore, be exigible to Income-Tax in the hands of the assessee-club.

The surplus funds in the hands of the assessee (Bangalore Club) were placed at the disposal of the corporate members viz. the banks, with the sole motive to earn interest, which brings in the commerciality element and thus, the interest so earned by the assessee has to be treated as a revenue receipt, exigible to tax. It was pleaded that transaction between the assessee and the member banks concerned was in the nature of parking of funds by the assessee with a corporate member and was nothing but what could have been done by a customer of a bank and therefore, the principle that “no man could trade with himself” is not applicable.”  – D.K. JAIN AND JAGDISH SINGH KHEHAR, JJ

THREE conditions must be satisfied, for an Income to be Exempt on the Doctrine of Mutuality

1) There must be a complete identity between the contributors and participators.

2) The actions of the participators and contributors must be in furtherance of the mandate of the association.

3) There must be no scope of profiteering by the contributors from a fund made by them which could only be expended or returned to themselves.

How this case violates all three Conditions

1) The arrangement lacks a complete identity between the contributors and participators. Till the stage of generation of surplus funds, the setup resembled that of a mutuality; the flow of money, to and fro, was maintained within the closed circuit formed by the banks and the club, and to that extent, nobody who was not privy to this mutuality, benefited from the arrangement. However, as soon as these funds were placed in fixed deposits with banks, the closed flow of funds between the banks and the club suffered from deflections due to exposure to commercial banking operations. During the course of their banking business, the member banks used such deposits to advance loans to their clients. Hence, in the present case, with the funds of the mutuality, member banks engaged in commercial operations with third parties outside of the mutuality, rupturing the ‘privity of mutuality’, and consequently, violating the one to one identity between the contributors and participators as mandated by the first condition. Thus, in the case before us the first condition for a claim of mutuality is not satisfied.

2)  Once parked as FD, the surplus funds were not used for any specific service, infrastructure, maintenance or for any other direct benefit for the member of the club. These were taken out of mutuality when the member banks placed the same at the disposal of third parties, thus, initiating an independent contract between the bank and the clients of the bank, a third party, not privy to the mutuality. This contract lacked the degree of proximity between the club and its member, which may in a distant and indirect way benefit the club, nonetheless, it cannot be categorized as an activity of the club in pursuit of its objectives. It needs little emphasis that the second condition postulates a direct step with direct benefits to the functioning of the club. For the sake of argument, one may draw remote connections with the most brazen commercial activities to a club’s functioning. However, such is not the design of the second condition. Therefore, it stands violated.

3)  The facts at hand also fail to satisfy the third condition of the mutuality principle i.e. the impossibility that contributors should derive profits from contributions made by themselves to a fund which could only be expended or returned to themselves. This principle requires that the funds must be returned to the contributors as well as expended solely on the contributors. True, that in the present case, the funds do return to the club. However, before that, they are expended on non- members i.e. the clients of the bank. Banks generate revenue by paying a lower rate of interest to club-assessee, that makes deposits with them, and then loan out the deposited amounts at a higher rate of interest to third parties. This loaning out of funds of the club by banks to outsiders for commercial reasons, in our opinion, snaps the link of mutuality and thus, breaches the third condition.

This was a Case with a Club – an Association of Persons.

Will the Verdict be different for an Apartment Owners Association, or a Co-operative Housing Society?

Full Case: Read the full Case. This article has direct excerpts from this document. 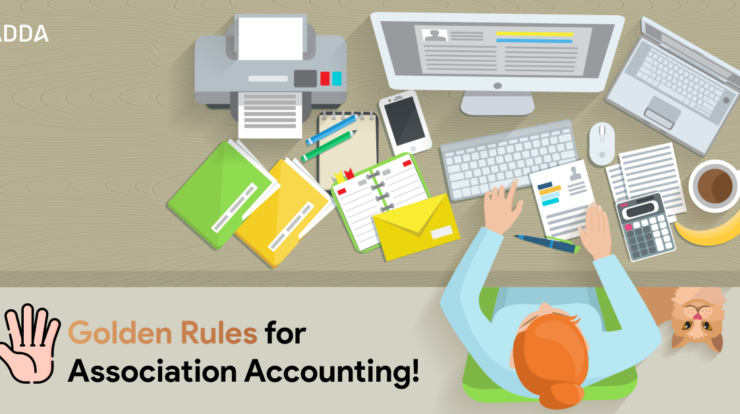 Why ADDA Accounting Software is the Best Alternative to QuickBooks 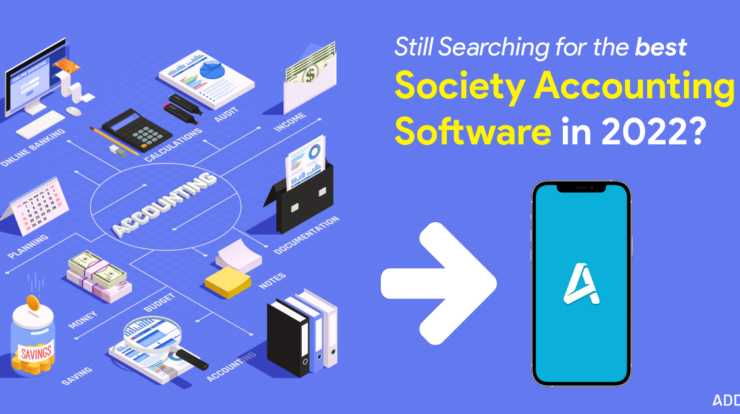