In a recent survey, led by a team from IISC, it was found that 90% of lakes in Bangalore city are heavily polluted. Kundalahalli Lake, one of the largest lakes in the city, connecting AECS Layout and ITPL is no exception. The lake is surrounded by tech-parks, multi-storied building as well as slums. Like most other lakes in the city, this lake too unfortunately, has become a dumping ground for waste from surrounding residential and commercial areas.

“Almost everybody is guilty of dumping sewage in the lake — slums, multi-family dwellings and large offices. Either they don’t have a sewage treatment plant, or, if they do, its functioning is rarely monitored. As far as pollution is concerned, Kundalahalli Lake is definitely a typical Whitefield lake,” said Whitefield Rising member Arvind Keerthi. 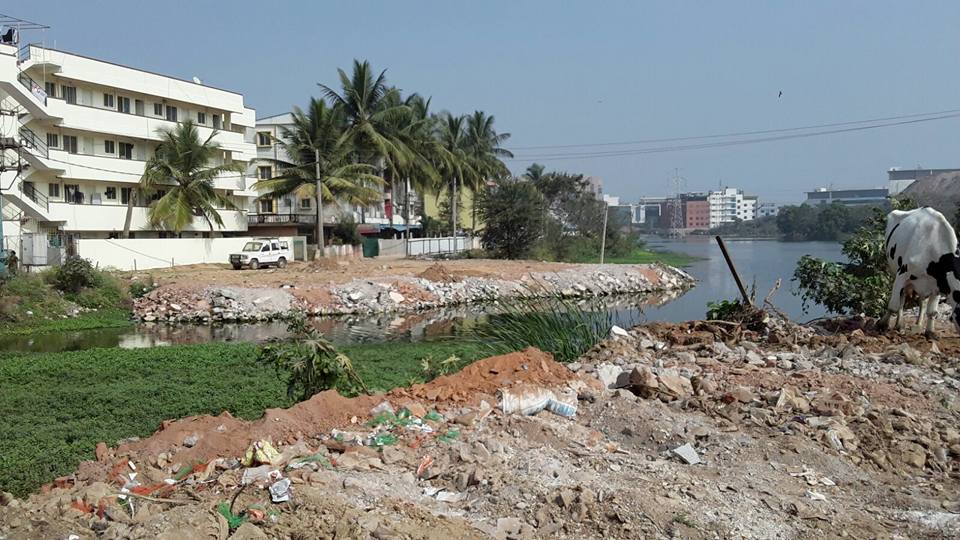 However, all this is going to change now, as members of Whitefield Rising (a forward thinking neighborhood community) and local citizens have come forward to rescue the lake. In a Public Private Partnership (PPP) Model global companies working in ITPL have allocated funds as part of their CSR initiatives to help set up a sewage treatment plant along with BBMP and local citizens. 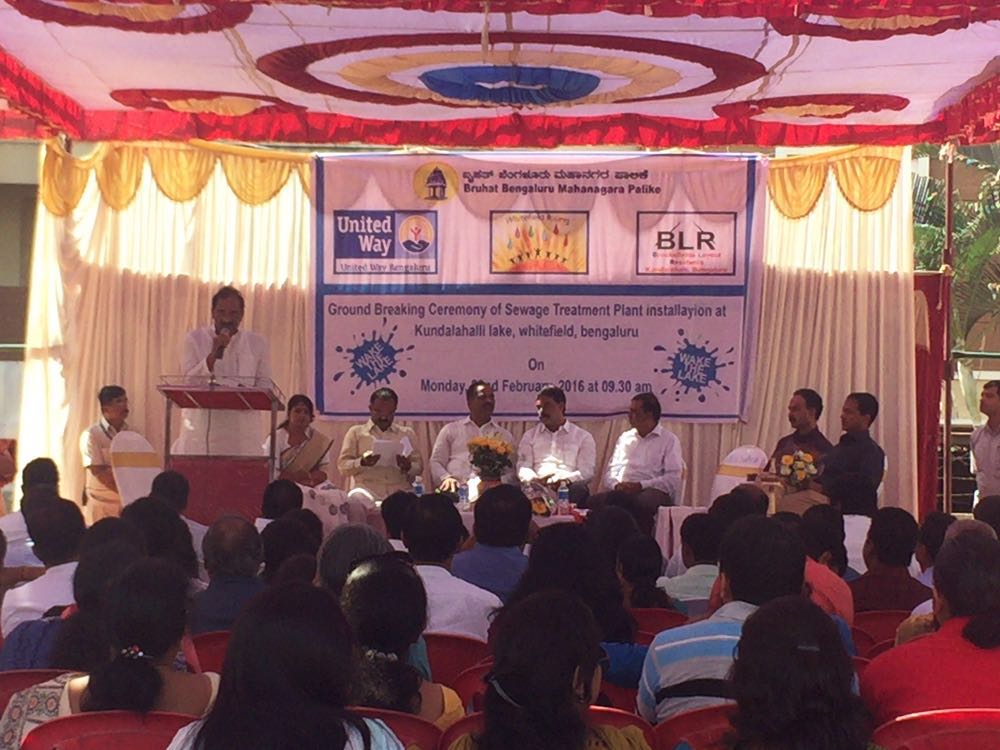 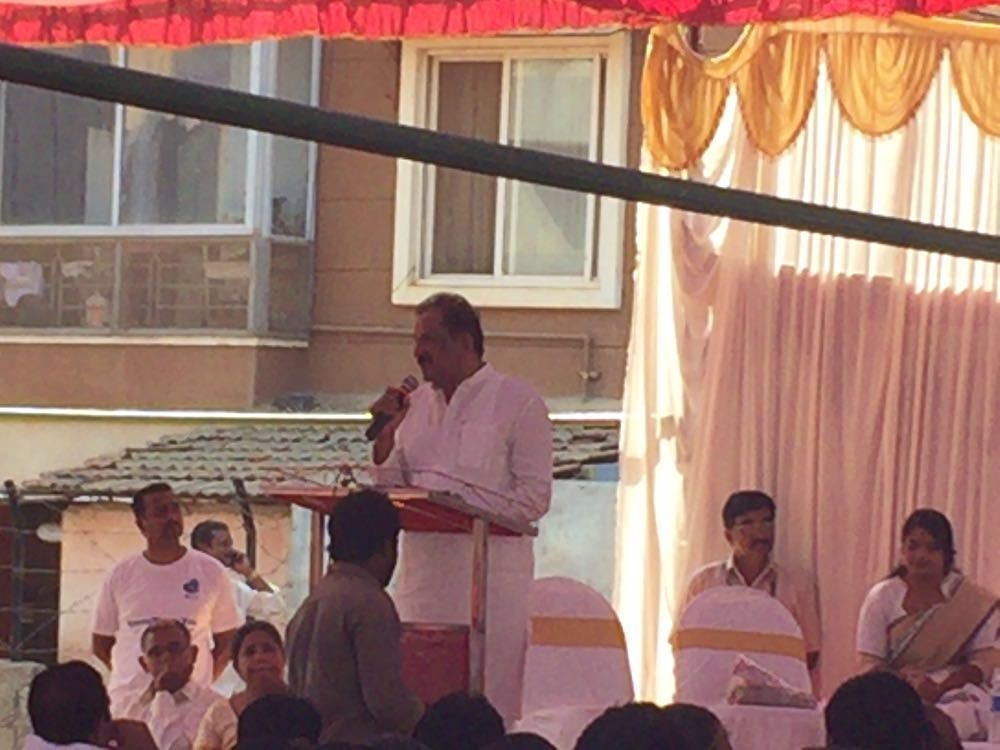 “Smart city is not because of smart gadgets but smart thinking” said Mr. K J George, appreciating forward thinking communities like Whitefield Rising and United Way Bengaluru for taking up initiatives to reform neighborhoods for the better. He encouraged citizen involvement and urged them to collaborate with Government towards development of Bengaluru.

In the first phase, the plant will be able to treat 750 KL of water and will be operational from June, 2016. In the second phase, another treatment plant of similar size will help in releasing recycled water into the lake.

“The STP will run without power” said Mr. P C Mohan adding that upto Rs. 50lakhs has been provided from MLA and MP funds towards this STP. As an example he referred to Ulsoor lake which has been taken up by Prestige group for maintaining its glory.

“With so much support and enthusiasm coming from citizens, it was easy for us to take this ahead” said Mr. Puneet from Qualcomm, one of the global companies operating in ITPL who has donated close to Rs. 1 Cr into this project.

Well, surely with these moves Kundanahalli lake will get a new lease of life and will be back to its earlier glory. But, there is a dire need to save other lakes too and this is only possible if local citizens come forward and lead the way.