The discussion was centred around apartment related issues like setting up of Sewage Treatment Plants, discriminatory tariffs, lack of civic services and services not being provided for cesses charged. 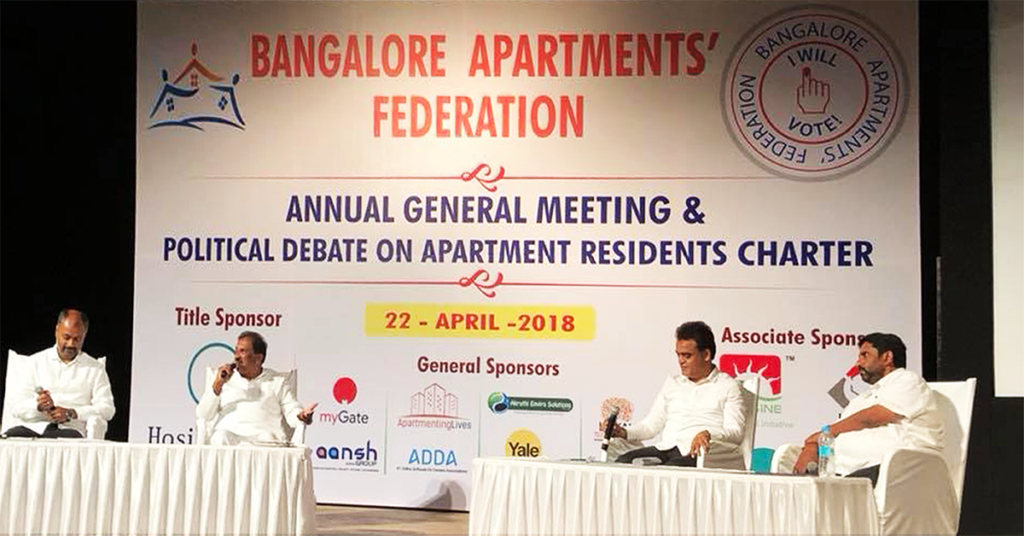 The panellists reasoned that the lack of participation of apartment residents in the voting process in the past is what led to this discrimination. They also added that all the problems raised are relevant, it will be included in their respective manifestos and will be taken into account seriously.

Several issues like these were discussed and a manifesto wish list was prepared by the Bangalore Apartments’ Federation(BAF).

ADDA was one of the proud sponsors of the event.

We wish The Bangalore Apartment Federation, and all other Apartment Communities the very best towards getting speedy solutions to all grievances.